Despicable Me Wiki
Register
Don't have an account?
Sign In
Advertisement
in: Minion Rush Currencies, Items in Minion Rush

Costume cards are a type of game currency used in the mobile game Minion Rush. They are used to unlock and upgrade costumes in the Wardrobe. In game version 6.1.0 and the updates that follow, all costumes require two types of currency to unlock and upgrade, costume cards and banana coins. Each costume has its own requirements for each level of upgrade. Costumes are categorized as Common, Rare and Epic. Common cards are light blue, Rare cards are purple and Epic cards are yellow-orange. There are several ways to obtain costume cards. They can be earned by playing missions in Rooms 1, 2, 3 and 4, daily missions, special missions. Additionally, they can be bought in the Shop for banana coins or found inside Prize Pods. 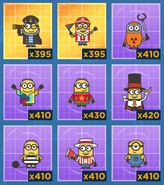 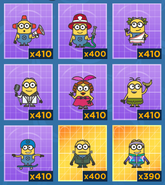 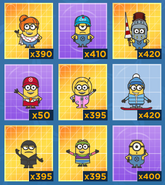 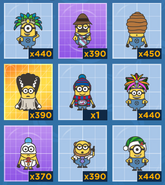 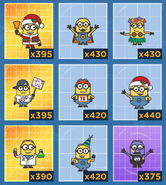 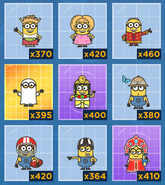 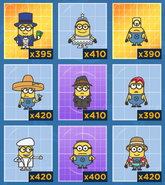 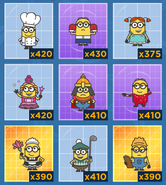 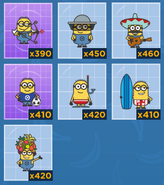