The Disco Minion Costume is a playable character in Minion Rush. It costs 50 costume cards and 10 coins to unlock or can be bought in occasional bundle offers in the Shop. 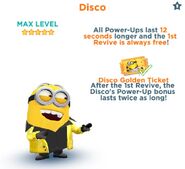 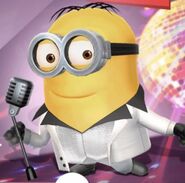