Sprays a straight stream of flames ahead, scalding everything within its short range.

The Flamethrower is a mechanical incendiary device designed to project a long, controllable stream of fire that burns everything caught. 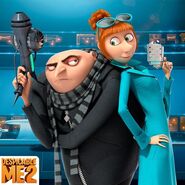 Gru with his Freeze Ray, Lucy with her Flamethrower 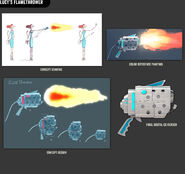 Gru's Flamethrower
Add a photo to this gallery

Retrieved from "https://despicableme.fandom.com/wiki/Flamethrower?oldid=72774"
Community content is available under CC-BY-SA unless otherwise noted.