Minions scouts is an 2019 illumination short film featuring once again the minions it was directed by andreas gorallczyk . it releases in august 27 as a bonus feature in the secret life of pets 2 dvd alongside super gidget. it was also release theatrically with sonic the hedgehog on febuary 14 of 2020 and on Brazil with the Reboot of Cars.

one day Fred is doing a puppet show for Mason Brad and Dan When Margo, Agnes and Edith return from Badger Scout camp, the Minions were interested by the girls’ merit badges that they decided to own attempt at scout camp results in losing Fred when attracting a bear * Brad being eaten by a venus flytrap were he struggles to escape * Dan giving and eating poison berries * and eventually blowing up a dam by a rocket launcer from Mason creating a massive flood. like a giant wave later they return at home sad because they didn t earn any badge the girls felt so sorry and decided share their badges, encouraging the rest of the Minions to try their hand at scouting. At the post credits scene Fred is seen taming the bear* 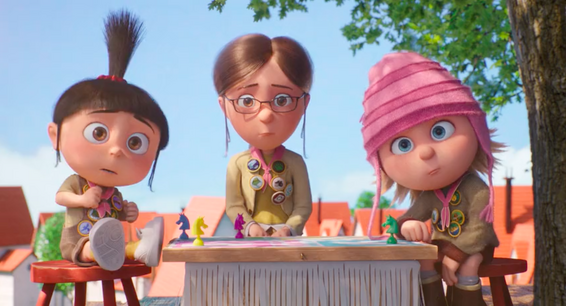 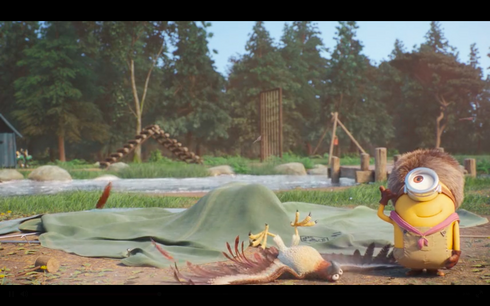 Add a photo to this gallery
Retrieved from "https://despicableme.fandom.com/wiki/Minion_Scouts?oldid=71382"
Community content is available under CC-BY-SA unless otherwise noted.